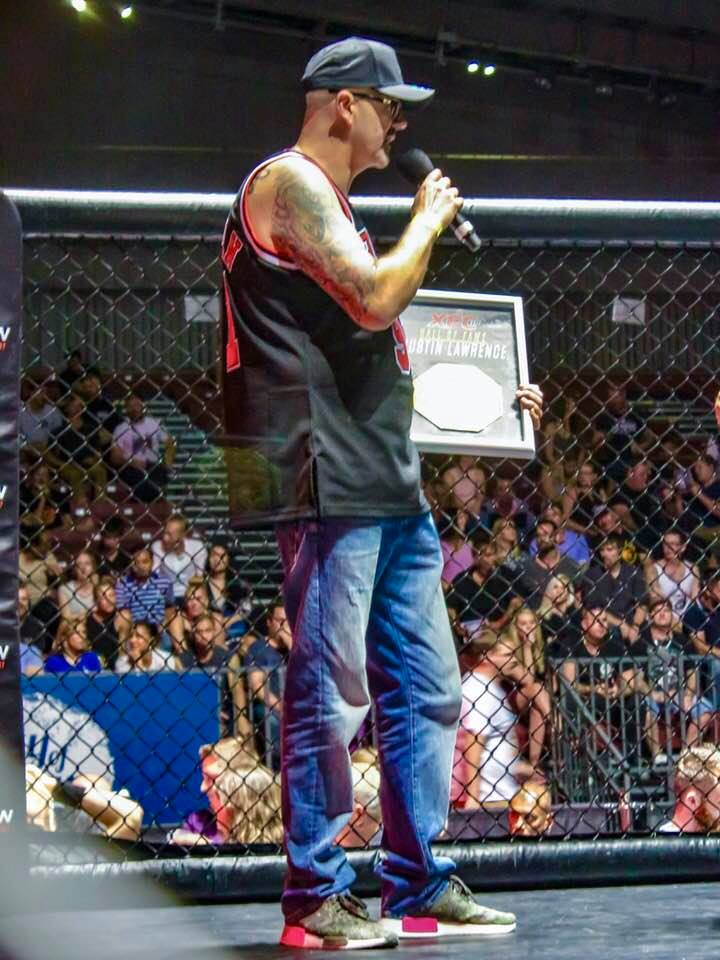 Justin Lawrence began his professional MMA journey, in 2001, when as a fan, he responded to an add he saw in a Blitz Magazine, looking for fighters for Pancrase Australia.

Lawrence placed a call to Chris Deweaver, becoming  friends and would go on to match fights for Pancrase. Thanks to this introduction, XFC and Pancrase still have a very close relationship, having provided multiple fighters from XFC Australia, to compete in Japan under the Pancrase banner.

From Pancrase, Lawrence would then help putting matches together for Jimmy Cass’s Muay Thai show in the Valley.

XFC was then founded in 2003, with his business partner, Joe Sita. Work and family commitments saw Sita part ways a few years later. Lawrence would go on to promote 26 XFC shows, in front of sold out venues on the Gold Coast at Southport Sharks, the first ever cage show in Perth and the ever popular home of combat sports in Queensland, the Mansfield Tavern.

In 2016, Lawrence sold the promotion to XFC employee, Matthew Walton, partnering with Daniel Woolard to continue with Lawrence’s vision. As Walton’s mentor, Lawrence’s influence is always evident, as the two men continue to provide a safe and fair platform for Martial Artists to compete at the highest level.

From match making to promoting, Lawrence has also had incredible success as a manager, promoting many fighters to the UFC, including Damien Brown and Luke Jumeau, among the many who made the transition to the UFC as a fighter, like Kyle Noke, Robert Whitaker, Hector Lombard, Brian Ebersole and many more!

XFC is privileged to have been able to induct Justin Lawrence, as the promotions first inductee in to their Hall of Fame!